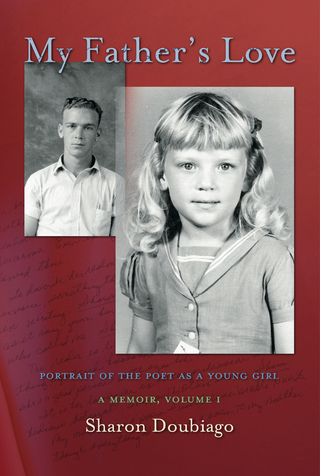 My Father’s Love, Portrait of the Poet as a Young Girl, Volume 1

“A courageous, illuminating facing of incest—this may be the most honest and moving book of this genre ever written.”

When I was seven I was raped by my father, climaxing the sexual relationship he’d had with me from birth. He continued non-penetrative—at least as I remember—sex until I was twelve when I told my mother. In 1969, with an Incomplete in Creative Writing preventing me from receiving the Master's Degree in English, I wrote under the pressure of a five day deadline, California Daughter. This story quickly brought me the offers of two Ph.D. Creative Writing Fellowships and a nine month fellowship residency at the Fine Arts Work Center in Provincetown, Massachusetts, all of which I turned down out of the shock of what I had written and of my professors seemingly too-eager appropriation. Nobody was writing or telling this kind of story then. I couldn't help but feel that its "brilliance" was its sensational subject matter, not my writing talent..., that "they" were just interested in working with a girl who'd had sex with her father and dared to write of it. I took a vow which lasted five years never to be a creative writer...

But over the next twenty years the story, California Daughter, took on a life of its own. It was published by the early, influential New York feminist magazine, Aphra, under the initials, D.S., becoming one of the first stories in the new incest awareness movement. It was chosen for Martha Foley's One Hundred Distinguished American Short Stories of 1976, read in consciousness-raising groups and workshops, and republished under the pen name Jean Monroe in the first major anthology on the subject, Ellen Bass and Louise Thornton's I Never Told Anyone: Writings by Women Survivors of Child Sexual Abuse.

When my father was dying he confessed the rape. Observing me writing in my journal during his final illness a family friend asked what I was doing. "She's writing it all down for when we croak," he quipped from out of his coma. Minutes before her death, my mother, who had mostly maintained that she didn’t believe me, divorced my father "spiritually forever," acknowledging, at least, his betrayal of her. I was the caretaker of both in their long dyings...
This is my story, finally, which I sacrificed for them, and which I realize only now they both fully anticipated, in fear and dread, and waged lifelong, psychological warfare against me to suppress and prevent it.

My Father's Love is an in-depth, Proustian expansion of the sixteen page 1969 story that I’d always refused to develop, sometimes against great pressure, both personal and professional. With compassion it tells my parents’ difficult histories—this being essential to grasping the full story...

It is the story of a girl labeled beautiful. “The ideal of physical beauty,” Toni Morrison says, “is the most destructive idea in the history of human thought.” My Father’s Love is about this most destructive idea—how it destroyed not just a father’s love, but a mother’s and a sister’s too.

It is about memory, language, truth, lies, deception, manipulation, and denial. It’s about remembering and forgetting…. It was written in the awareness of the “memory wars” of the past decade and the subsequent publishing censorship on the subjects of incest and sexual molestation. (The “memory wars” have been conducted by a political, right wing, fundamentalist Christian think tank, The False Memory Syndrome Foundation; much academic and journalistic research has revealed this now, including its blocking of publications and reviews.) It was written in awareness of the controversies of memoir writing.

When I wrote California Daughter in 1969 I did not remember the rape itself. California Daughter is about “the lesser molestations” from age nine. Volume Two of My Father’s Love tells the story of the shock of my father’s confession. From 1969 until then, 1987, through the profound feminist-incest, parental-abuse consciousness era, I meditated regularly on my relationship with him, but I never “imagined” the rape (except in nightmare). I would have never allowed the memory if he hadn’t told me. I was in denial. Denial in our culture is at least as common as lying….

When I say that My Father’s Love is directed towards the controversies of the memory wars and memoir writing I am referring mainly to its not being traditionally shaped by the narrator. That traditional shaping, the author’s voice over the material (and the reader) is what leads to fiction. If I had written My Father’s Love by the prevailing rules I would not have gotten to the real story. If I had written the story of my childhood as I consciously carried it all my life, until this six year process, if I had spoken from the “clear,” and “organized” stance of the How-to-Write-Memoir books, I would have written a very different book. I would have written, for one thing, a much less damning one of my parents; that is, I would have remained in and written from the delusional spell cast upon me by them and our situation. And, to quote the poet Laura Riding, I would be still quietly craving my story. My survival instinct, my love of my family, and a literary reputation for “seeing with one’s own eyes” had always prevented me from seeing what actually happened, which became blatantly clear in writing it out in the method that I used.

It is also not written by another standard: that the emotional truth is the truth, more important than the factual or being true to the facts. I suppose this standard is in behalf of the “creative,” but I wanted the facts which helped to create my emotional truth and the creative in me, many of which had always been denied, or denied me. I wanted to know what happened, the true story. Every mistake, untruth, wrong year or assumption took me down a road further from what I was seeking... No fictional story or myth can match the emotional root power of factual truth. And making art of facts, and of one’s life, are not contradictions.

I want the truth, as close as it is possible to get to it, and I want it in books called "memoir." If the story is the emotional truth over factual truth then the writer has a moral obligation to call it fiction (or fictional memoir, etc.), from both the reader’s perspective and from all the persons, dead or alive, in the real life story. The prevailing approach now falls right into the notions of the False Memory Syndrome advocates, that memoirists, especially incest tellers, are just telling their emotional truth—their memories are false, they are lying, their motives are sensationalism, profit and revenge….

“Surely all art,” Carolyn Forché says, “begins in a wound.”... Sexually abused children learn to leave the body during the ordeal; they develop out-of-body consciousness... My book is about the evolution of a poet, in survival of family and society—and prose, if you will. ...The fragmented nightmare images rooted in actual occurrences, and the waves of emotional terror, love, and faith turned into images, sound, rhythm and meaning of poetry, to language communicated as fragments, as in the linebreaks of poetry—that is, language fragmenting prevailing consciousness, sometimes into prayer, and even paranormal seeing and prophecy...