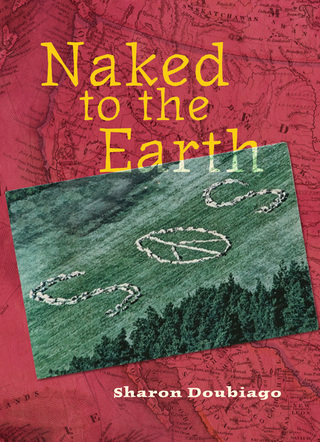 Naked to the Earth

Naked to the Earth is a wide-ranging, lyrical, jarring, playful, elegiac, dissonant, amazing quest to understand who we are and how we became who we are. This book will make you think—deeply and profoundly—about relationships, culture, obligation (to ourselves and others, those we love and those we may not love but should), violence and war. It is as reflective and thought-provoking, as lyrically beautiful as Whitman’s Leaves of Grass and as searing an indictment of our past and present as Howard Zinn’s A Peoples History of the United States. This book is the distillation of a lifetime by a poet who has personally experienced injustice and the misuse of power, but has not given anyone the power to make her hate. It is the work of a master poet in complete control of her craft, looking back, looking forward, reflecting on life and the human condition, distilling it to its essence so that she—and we—can see with clarity the beauty, the commonality and the interconnectedness in all of us as we travel through our history, to make sense of it, the world we have created, the world we inhabit, and our place in it.

"Sharon Doubiago’s Naked To the Earth uncloaks the poet’s fidelity to love, life, and lovelife. A beautiful daughter, a liberated writer, the passionate Sharon Doubiago shares her California blue-collar upbringing. She writes of family, families, incest, communal joys, the inspiration and soul-space a Beat lifestyle provides, and a self-freeing devotion to social justice. She also praises her influences: fellow poets, ancient and living. To canoe or sail her lake-like, river-like streams of consciousness is to welcome bold, sudden breaks into aria or blues. Doubiago’s ‘World War III’ begins: “I knew long ago / be not afraid. My country, my brother / they just killed. I dove into this boat / parked in a garden, curled under the tarp / to die. They shot me / in the throat. I’ll never speak again.”
—Al Young, emeritus California poet laureate; author of Something About the Blues.

LOVING HER AT LAST
My fifteen year old self, naked
walked into the room a while ago
here on 64 Elgin Park, San Francisco

She just came in, moved around, then sat on the edge of the bed,
the first time I’d seen her since back then.
I didn’t move for fear she’d disappear
though she was so ominous
that seemed impossible

Eidolon, her breasts
were blue-veined beneath white marble.
I smelled her. I could have touched her blue-veined muscled thigh.
I was breathing inside her. I was
bleeding

I saw for the first time that she was beautiful.
She who had made me so miserable, a spectacle, a freak
her body her thoughts her heart her presence
I’ve fled ever since

just hiding all this time.
Moved around for my observation
as if she’d never left